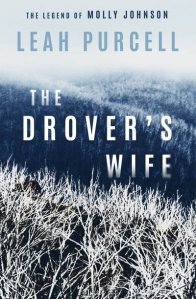 Leah Purcell’s novel The Drover’s Wife: The Legend of Molly Johnson takes Henry Lawson’s 1892 short story of the same name and infuses it with female wisdom and understanding.

A story originally set in a parched and lifeless terrain is relocated to the fertile country of the Ngarigo people—the high country of the Snowy Mountains. And the ubiquitous ‘wife’ who features in Lawson’s story is, in Purcell’s reimagining, granted a name and a voice and a properly fleshed-out life.

The novel is framed around themes of motherhood, family violence and Aboriginal dispossession  but, as I read, two further underpinnings caught my attention—the importance of names and the role of storytelling. 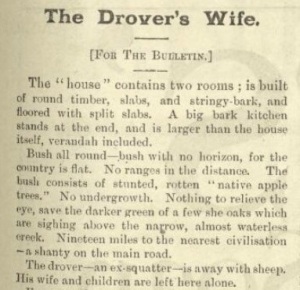 In Lawson’s story, the main character—the drover’s wife—is never named. Her son (Tommy) is named, her dog (Alligator) is named, but she is not.

Lawson’s protagonist is an adjunct to her husband: ‘The drover—an ex-squatter—is away with sheep. His wife and children are left here alone.’

Purcell begins her story with a prelude set in 1913. A thirty-two-year-old man flicks through the pages of a notebook he has kept since boyhood.

Contained between the pages of the old notebook is the story of a great woman, strong, steadfast, reliable and loving: his ma, Molly Johnson, nee Stewart. Daughter of Jock Stewart, Scotsman and jack-of-all-trades.

Lawson offers his 19th century readers a nameless woman with no backstory; Purcell gives her 21st century ones a stoic but tender Molly whose lineage seems to peg her firmly within a man’s world.

Purcell incorporates a raft of named female characters in her more expansive story.

But it is not only women who are accorded the honour of a name in the reimagined story. There is Yadaka—Purcell’s equivalent of Lawson’s unnamed ‘stray blackfellow’. Soon after Yadaka and Molly first meet, Yadaka introduces himself:

It is a long time before Molly discloses her first name to Yadaka.

In a pivotal scene, she finally opens up: ‘“Molly, pet name to Mary” … Yadaka catches his breath, shocked she’s offered this piece of personal information … Her name.’

No longer ‘Missus Joe Johnson’, Molly is in the process of becoming and acknowledging her own self. Revealing her name is part of that journey.

There are different kinds of stories, and different purposes for storytelling.

In The Drover’s Wife, Molly tells stories to her children to pass the time as they walk, and to fill their long and isolated nights. Yadaka tells his personal story as well as one that has been entrusted to him—a story that ‘someone needs to know’. Louisa Clintoff channels her experiences in a new land into ‘a great story to write home to her parents’. And, as a grown man, Molly’s son Danny retells the story of a childhood at his mother’s side, understanding it as a ‘story of survival’. 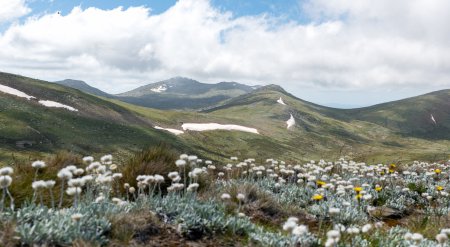 On Sundays, Purcell’s Molly (like Lawson’s drover’s wife) goes walking with her children. The children, says Molly, ‘love our walks. We make up yarns and see who can spin the best story for the longest time.’ The children have heard Molly’s stories many times over but, as she says, ‘that’s what life stories are for: to be told and retold. To remember. The memories livin’ on long after you’re gone. Family history.’

Yadaka shares his life story with Molly and then discovers he’s ‘a little embarrassed to have revealed so much of himself. He hasn’t felt safe, ever, to share that story with anyone, until now.’ When Molly asks why he has chosen to tell her, Yadaka replies:

A life’s story untold is a life not lived.

But it’s not only his own story Yadaka has to share. He’s been entrusted with another story by his adopted Ngarigo mother, Ginny May. It’s a story the Ngarigo woman ‘held very dear but was forbidden to share with others in her clan’. When Molly hears the story, she is shocked. Yadaka offers some calming words: ‘It’s the truth, your truth. I was given it by a great woman. Part of my lore—our lore—is to share the stories so we live long into tomorrow and beyond.’

Towards the end of The Drover’s Wife, Molly Johnson talks with Louisa Clintoff, an Englishwoman newly arrived in the colony. Louisa has accompanied her husband, Sergeant Nathan Clintoff, to the high country. While he enforces British law, she plans to run a newspaper championing women’s rights.

Molly admonishes Louisa for her first journalistic effort: ‘You write from the outside’, observes Molly. Louisa protests that she has been trying to ‘give women a voice’. Molly replies: ‘I could only hear—you’. Suitably chastened, Louisa asks: ‘Can I hear your story, Molly?’ And Molly obliges, ‘for my children’.

Twenty years on, at the novel’s end, Danny looks back over the years since 1893. He stands beside his mantelpiece where an old framed copy of Louisa’s The Dawn rests on the shelf. The journal’s headline reads: ‘The Drover’s Wife: Molly Johnson’s Story’. Surrounded by his own wife and children, Danny says: ‘It’s the story I lived, it’s the story I have told and will retell. The story of survival I will pass down.’ 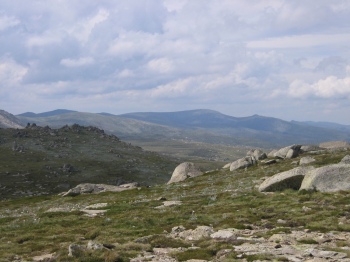 Snowy Mountains as seen from Kosciuszko Lookout. Cimexus from Canberra, Australia / CC BY

The stories of people and places continue being told. From mouth to mouth, from pen to page, from culture to culture.

And thanks to Leah Purcell, Lawson’s unnamed wife now has a story of her own. 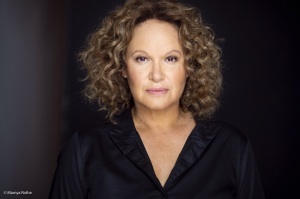 Purcell has also written, directed and starred in the film The Drover’s Wife: The Legend of Molly Johnson. A Bunya Productions/Oombarra Productions collaboration, the film was released in late 2021.

In a 2018 interview for Screen Australia, Purcell said that her love of storytelling ‘came from her mother reading her “The Drover’s Wife” often when she was a little girl. “It was my favourite and she’d read and recite it to me day after day.”’ It was when Purcell was working on the 2006 film Jindabyne, that she knew ‘the dramatic sweep of the country around the Monaro and the Snowy Mountains was the right place to tell her version of The Drover’s Wife’. 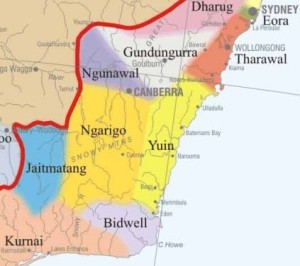